After visiting the award-winning holiday light show “Illumination” at the Morton Arboretum outside of Chicago a couple of years ago, Descanso Gardens asked lighting and visual design group Lightswitch to create and realize a new winter nighttime experience designed to attract guests and increase the popularity of the historic Southern California botanical gardens. This year marked the second year Lightswitch has designed “Enchanted Forest of Light” at Descanso Gardens and the fifth year of “Illumination” at Morton Arboretum, creating visually stunning and memorable experiences using a bevy of Elation Professional fixtures, including the company’s award-winning IP65 -rated Proteus™ arc-source moving heads.

Lightswitch was responsible for lighting design and creative direction for “Enchanted Forest of Light” and Lightswitch Principal Chris Medvitz, who is based in the LA area, was instrumental on the project. “Descanso Gardens was drawn to what [Lightswitch Principal] John Featherstone had created for “Illumination. ‘Enchanted’ was inspired by it and we had a similar creative objective,” he said. 4Wall served as the preferred lighting vendor for “Enchanted Forest of Light,” providing all rentals, sales, systems integration and production management, labor and support services, all working under the direction and supervision of Chris Medvitz and Lightswitch. 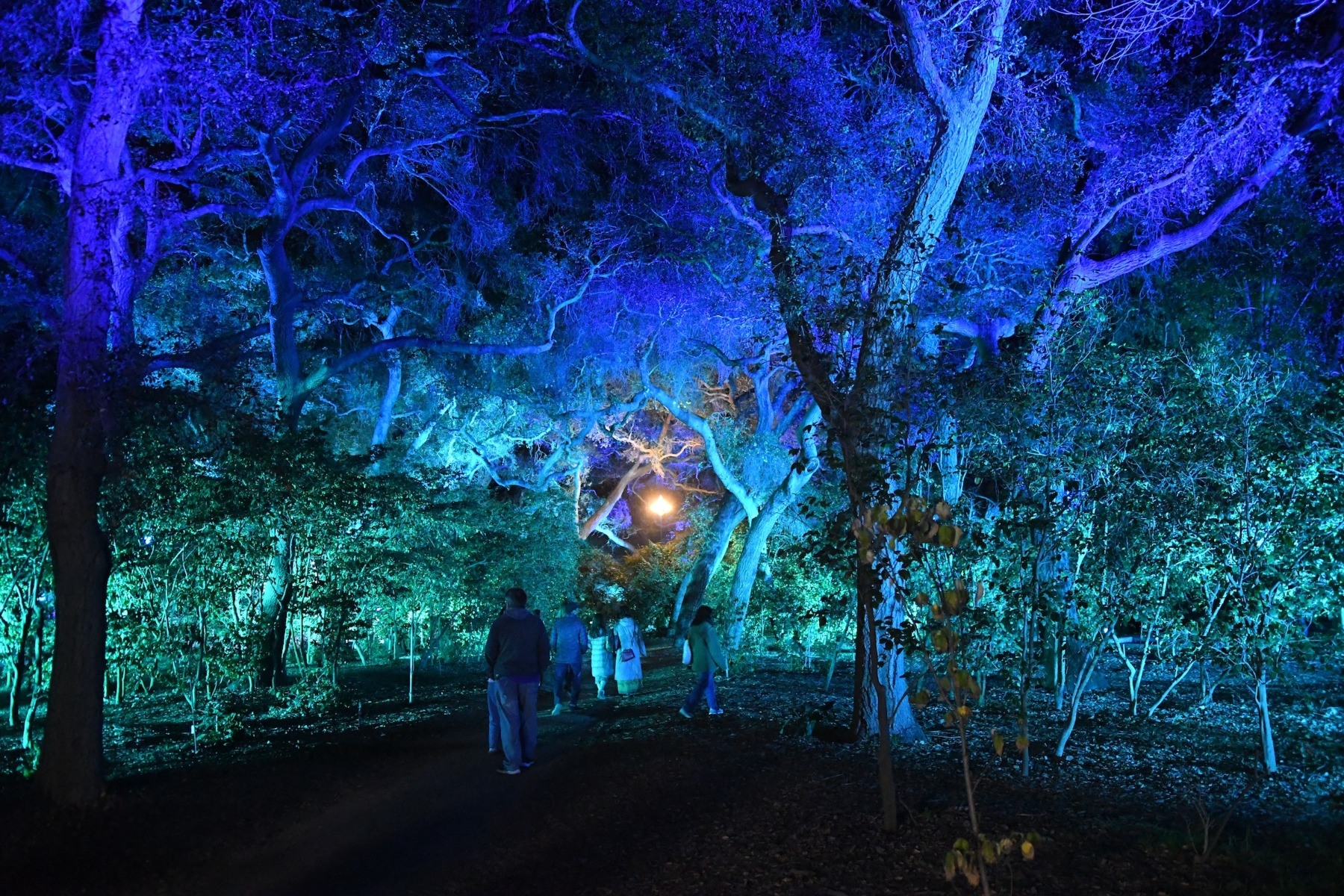 Descanso Gardens is a 150-acre botanical gardens located in La Cañada, California, a short drive from downtown Los Angeles. “Enchanted Forest of Light,” which debuted last year as the first show of its kind on the West Coast, is a one-mile, nighttime walk through colorful and dazzling lighting displays. The sensory-stimulating nighttime event immerses guests in the beauty of the gardens through light, sound and music. A combination of art and nature, the lighting displays created by Lightswitch are dynamic and constantly shifting with half of them interactive to encourage guests to touch, move and engage with nature. “We worked closely with Descanso for more than a year to develop an experience that was tailor made to its unique geography and collection of flora,” Medvitz says.

Something different to come back to

Medvitz explains that Descanso Gardens had two goals in mind with “Enchanted Forest of Light.” “They wanted to create a nighttime experience that would differentiate themselves from the myriad of other holiday activities that more popular attractions in the region such as Disneyland put on every year,” he said. “They wanted to be different and stand out but did not want something Christmas-themed or culturally specific. They wanted to be open to the diverse landscape of people in the greater LA area. Secondly, because many in the area are unaware of the gardens, they wanted to broaden awareness of the Descanso Gardens property as a place to come back to year round.” 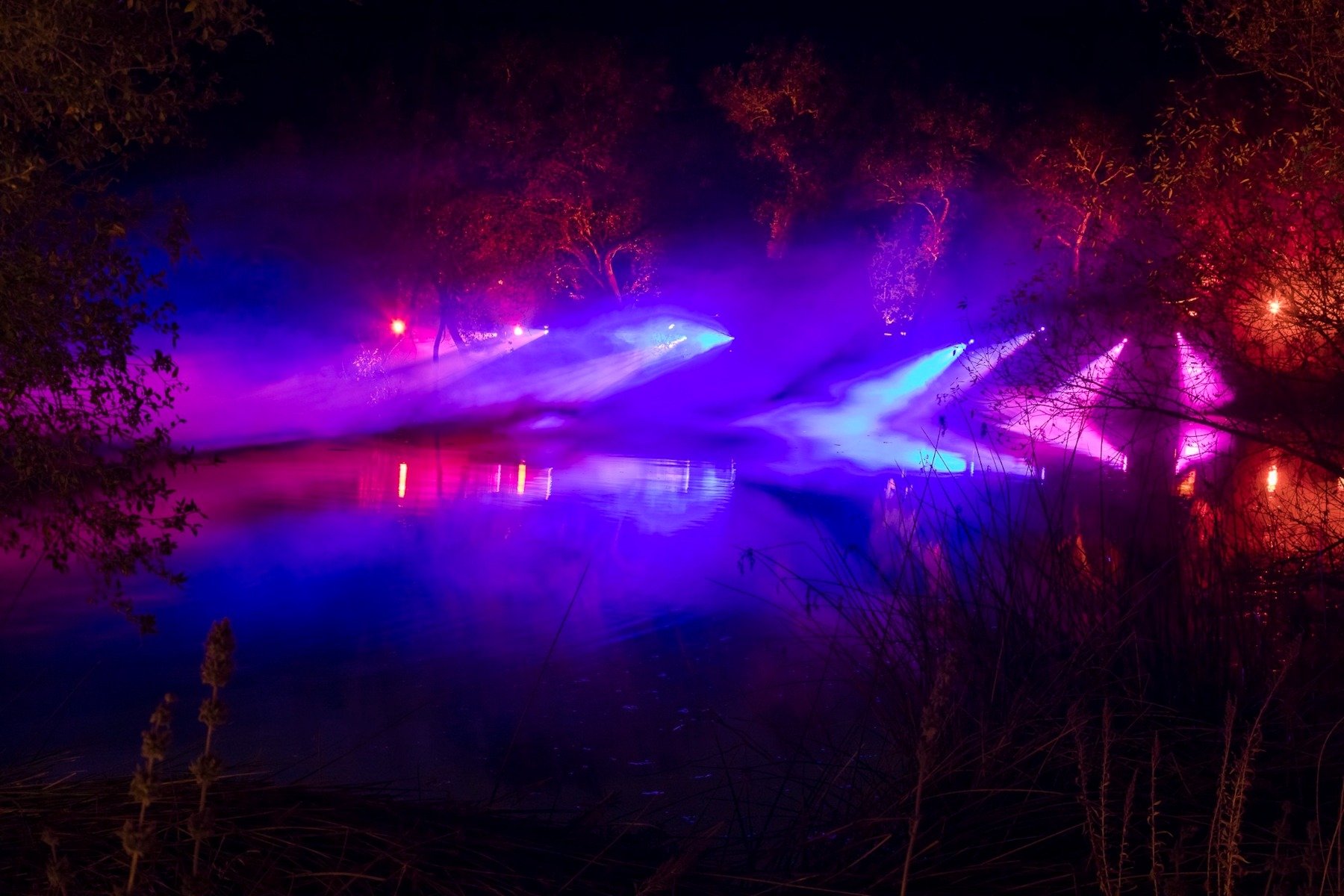 It was important to not treat the property as a venue, the designer states, but to create experiences that enhanced the gardens. The approach resulted in a series of art experiences – ten in all – that were designed to fit the location. “Some areas were like art installations, others were dispersed around the location,” he says, “but always with the objective to enhance the natural environment.”

Although Southern California is a wholly different animal than Chicago in the winter months, Lightswitch still had to meet the challenge of an outdoor installation with the potential weather that goes along with it. “The major difference for us between Descanso and Morton Arboretum is the environment,” Medvitz said. “Southern California is very different than the Chicago area, which is obviously much colder and therefore more challenging. At Descanso, we had to deal with rain and fog however and the Proteus handled it well.”

Both last year and this year, Lightswitch used Elation’s weatherproof IP65 Proteus Beam™ moving head in the harsh outdoor environment at Morton Arboretum and because of that positive experience turned to the multi-functional IP65 Proteus Hybrid™ spot/beam/wash light on Descanso. “It wasn’t freezing like at the Morton Arboretum but the fixtures were open to the elements so they had to be IP65,” Medvitz says. “It was also a long duration installation; the fixtures were outside for three months, so they had to be able to withstand the outdoors for a long period. The Proteus fixtures did that. It was a great benefit to use automated lights without having to use enclosures and they were a great addition to the installation.”

The “Enchanted Forest of Light” experience was organized into ten separate zones with Proteus Hybrids incorporated into two areas. At “Lightwave Lake,” a reservoir surrounded by trees and wildlife, Proteus fixtures were located on the far shore and used to create a dazzling light display of sweeping beams that projected across the water and reflected off its surface. Guests could interact and control the environment using joysticks that triggered cues to move the Proteus fixtures (pan and tilt) while gobos looped and colors changed. “Guests love to interact with the environment and you can imagine the workout the Proteus got,” Medvitz comments. “But they held up great. It was a simple setup but we learned from interactive environments at Morton Arboretum that simplicity works best and the interactive aspect was a big hit.” Also, trees surrounding the reservoir were lit in impactful shades of saturated color using Elation SixPar Z19 IP™ LED Par wash lights, which guests were able to color manipulate via interactive stations. 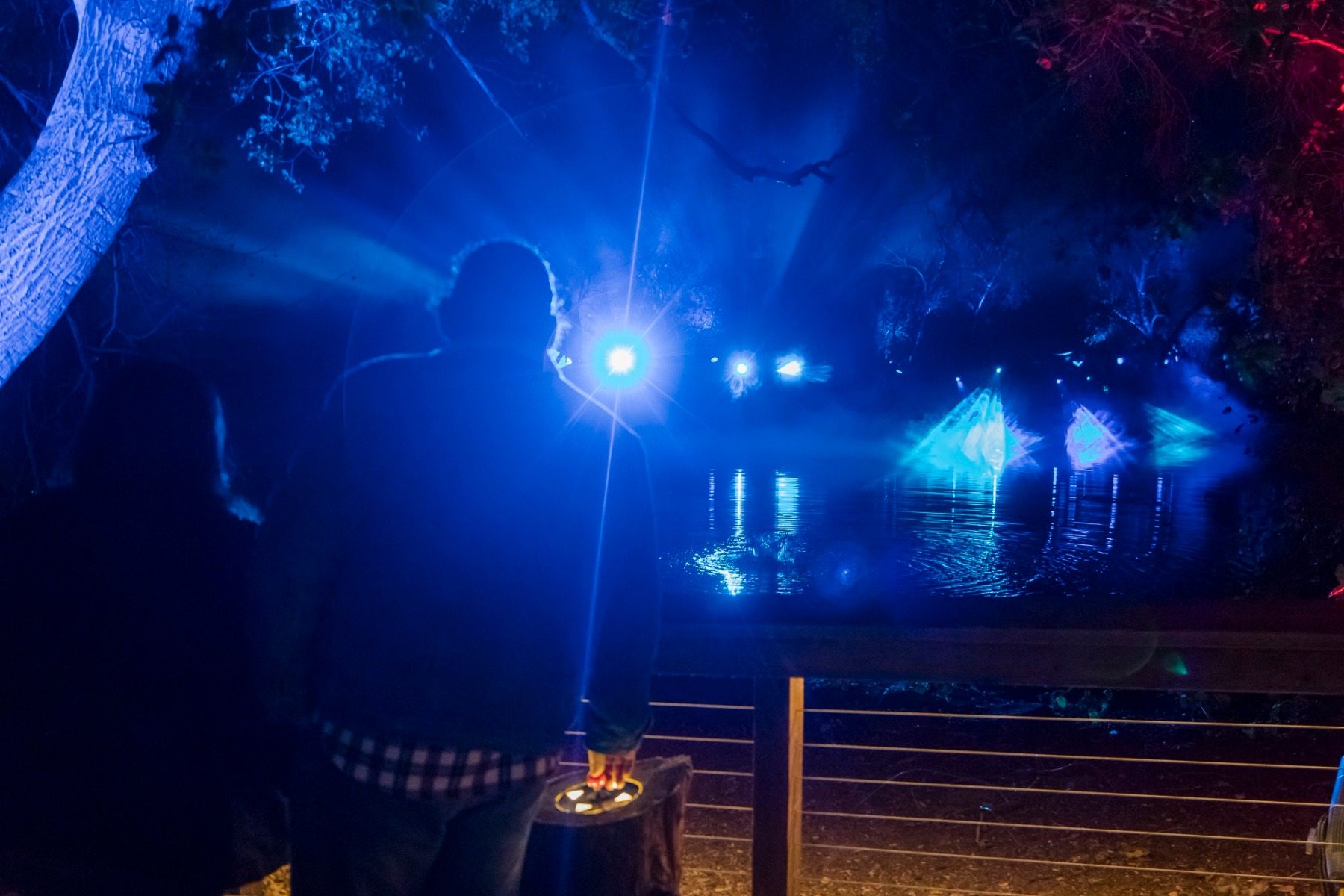 Perhaps the most magical area of “Enchanted Forest of Light” was the “Ancient Forest,” a popular area with species of plants that existed millions of years ago. Dramatically lit with accompanying soundtrack and fog atmosphere, “Ancient Forest” crafted an ambiance that was a feast for the senses and truly otherworldly. “It was not interactive but so full of color that people often commented it looked like a scene from the film Avatar. A row of Proteus Hybrids lined the back of the location and projected gobo patterns and moving beams, a creative layer of motion on top of it all. The Proteus fixtures were rock solid and I expect we will have more fixtures on next year’s show,” Medvitz concluded.