MDG DARES WITH THE HUNNA

MDG DARES WITH THE HUNNA

Formed only in 2015, The Hunna is 4-piece English rock band whose career is sky-rocketing. Their debut album, 100, was released in August 2016, and is soon to be followed by their second album, Dare, in May 2018.

The hard-working band kicked off 2018 by performing six back-to-back gigs in UK O2 academies in early January in support of the new album.

Travelling with them was lighting designer, Tom Campbell, who chose MDG’s ICE FOG Compack™ low fog generator and an ATMe™ haze generator to provide the band with the right mix of atmospheric effects to guarantee they, and his lighting, would be seen to best advantage.

“Showcasing the lighting was especially important for this tour as the structure of the design forms the majority of the set,” says Campbell. “The backbone of the show design is centred around 108 lasers which are located on side towers. I use these to create various worlds, shapes and looks for the band to perform in, so I needed a hazer I could really rely on that would deliver a fine even haze day after day. MDG’s ATMe is ideal as it produces a haze that is very controllable, and so fine it never obscures what the lighting is doing.” 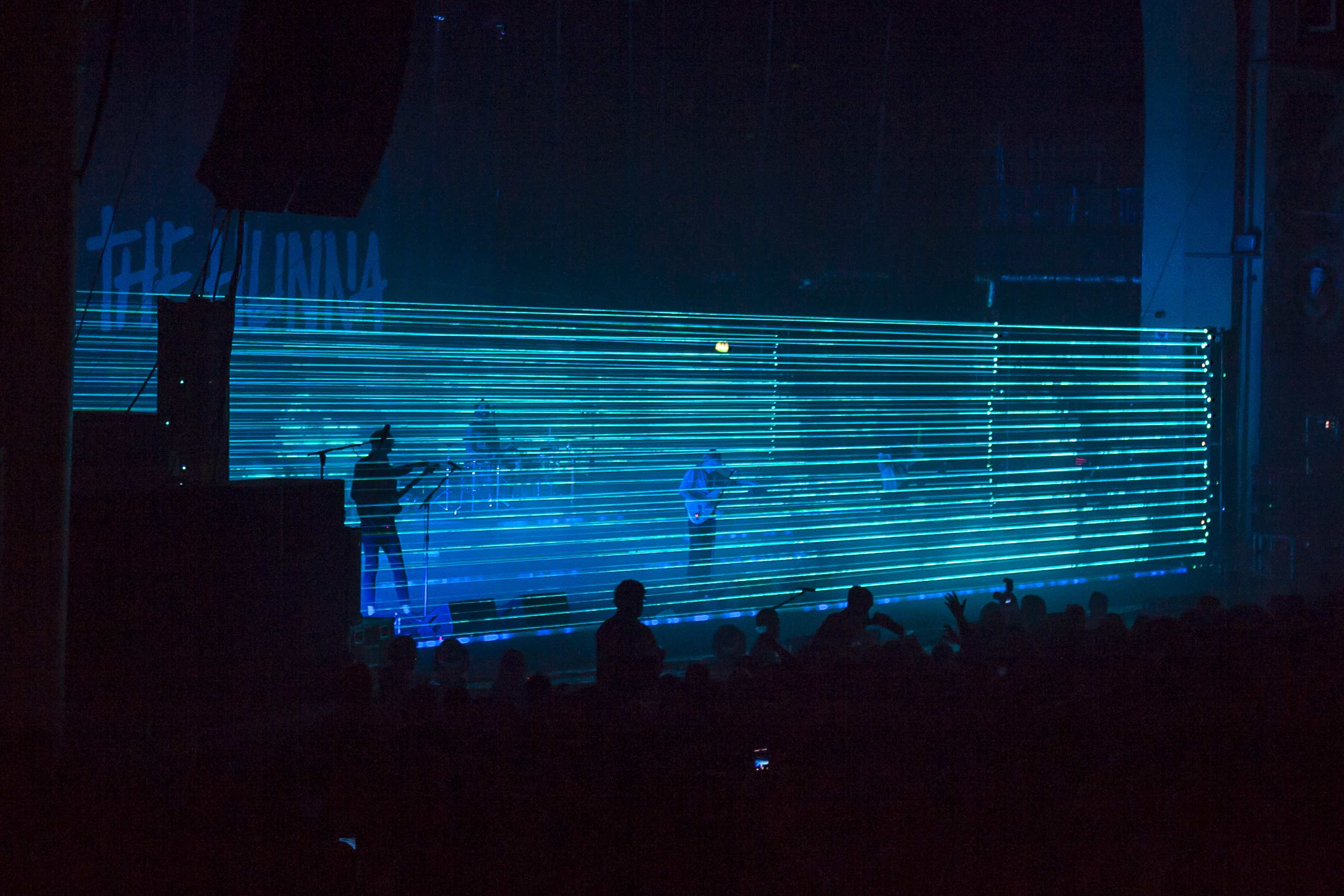 MDG’s ATMe is a single, high output haze generator which has evolved from the long-standing industry favourite, the ATMOSPHEREAPS, to become the industry standard for today.

Campbell has worked as freelance lighting designer for ten years, starting out in theatre before moving to live music and lighting the likes of Zeds Dead and Bullet for My Valentine amongst many others. In 2015 he received a Knight of Illumination Award in the Club Category for his design for Anna Calvi and The London Heritage Orchestra. He joined Mirrad, a collective of like-minded designers, in September 2017.

“For The Hunna’s Dare tour we had to have generators that were capable of handling decent-sized venues as the band performed at most of the UK’s O2 Academies, starting in Newcastle, Glasgow, Manchester and Birmingham, and ending with two sell-out nights at the 5,000-seater Brixton O2 Academy in London,” says Campbell. “It’s the nearest you can get to an arena, which, for a band that has only been going two years, is pretty impressive. But that also comes with the incumbent challenge of aircon and air movement, so the ATMe’s controllability is an important feature to help combat this.”

Campbell formed his design around mood boards presented to him by the band, one of which including an ’80s prom-like scenario for the tour’s title track, Dare, which was also an early-release single in December 2017. “I took the inspiration of a ‘prom-night’ to included a low fog effect which tumbles over the front of the stage and passes over some LED video bars rigged on the stage edge as it does so. This helps create a wonderful ’80s vibe which is quite significant to the track. I specified the MDG ICE FOG Compack for this effect because it guarantees good, consistent coverage every time.” 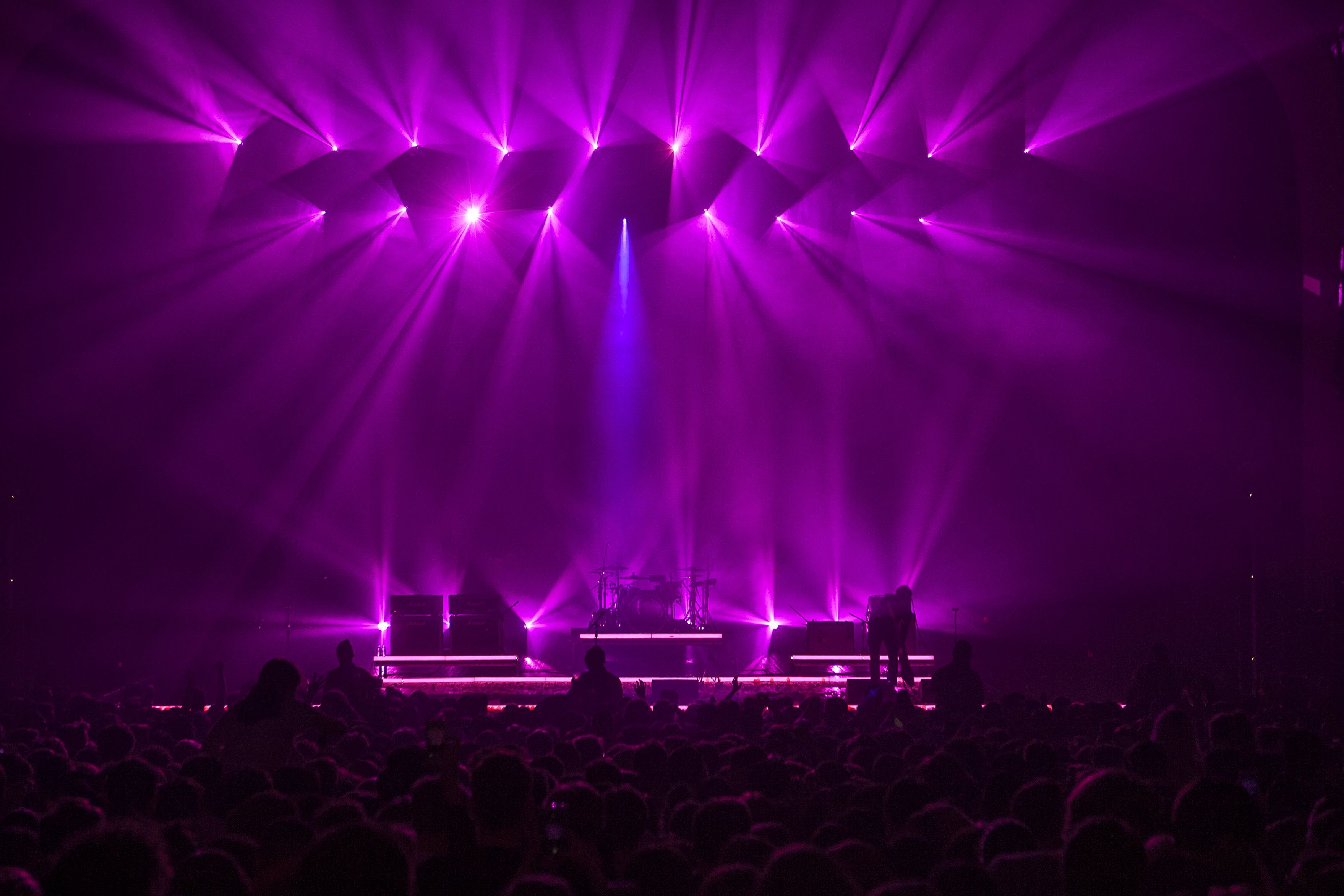 MDG’s ICE FOG Compack creates a thick low-lying fog, with no residue, without the use of dry ice and is cased in its own self-contained flightcase on wheels for easy transport and touring.

Both MDG’s ICE FOG Compack and ATMe haze generator were supplied by London-based Colour Sound Experiment, under the project management of Alex Ryan, as part of the full lighting package.

“This is the first time I have used MDG generators but I was determined to specify them because of the great reputation they have,” says Campbell. “It is well founded – the MDG units have proved incredibly reliable. I always know they will work, we have had no blockages or leaks, and they travel really well. All we need to do is just strike them up daily at each new venue and off they go!”

After the UK Academy run, The Hunna hopped down to Australia for a further five dates at the end January after which they will return for a non-stop tour of 15 European cities throughout February, followed by 22 shows in USA in March and April, before returning to the UK for 8 further dates after the album release in May. Campbell is adamant he will be using MDG again: “Our set up will be similar, but bigger, so I anticipate even more units for this and the autumn tour. MDG has proved so reliable and trustworthy on tour, I can see I will be using them again and again.’