MDG IS THEONE FOR ADELE AND PHIL COLLINS

MDG IS THEONE FOR ADELE AND PHIL COLLINS

When it comes to some of the biggest names in the business, performing at some of the largest stadiums and venues across the globe, MDG know a thing or two about providing the perfect haze and atmosphere – for both the lighting and the artists. 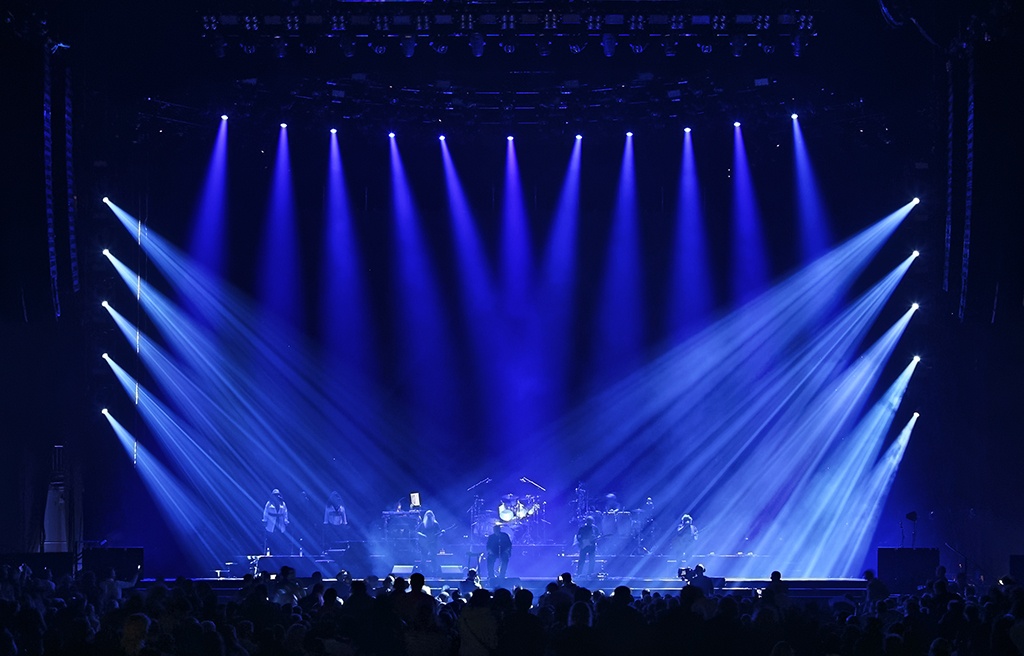 Stellar artists Adele and Phil Collins both engaged the design services of Patrick Woodroffe who, in collaboration with Roland Greil, both from renowned design practise, Woodroffe Bassett Design, produced some stunning shows for their latest tours. On each production, Greil took on the mantle of associate lighting designer, lighting director and operator so has a unique perspective on the role and delivery of haze and fog across a wide spectrum of environments and venues.

Adele’s LIVE 2017 Stadium tour has been a global progress visiting some of the biggest stadiums in the world. It followed on from the 2016 Adele LIVE Arena tour which featured more indoor venues, and for which three of MDG’s theONE generators were chosen. These were easily able to handle the indoor requirements, showing off to best advantage the symmetry of Woodroffe’s lighting design that worked so well with Es Devlin’s impressive set design.

But for the stadiums visited in 2017, and the challenge of a new 360° show, Greil needed more. Add to the mix an artist who is not the biggest fan of any kind of haze or fog and Greil knew he had to think carefully about which haze and fog generators to use to ensure the best result for lighting and performer, and turned once again to MDG.

“Adele, quite rightly, is always concerned about haze and the possible effect on her voice,” he explains. “There are literally millions of people who want to listen to, and see, the magnificence that is Adele performing at her best – but she accepted the use of haze and we have therefore chosen MDG machines, which are really good machines for producing high volumes of quality haze. Even in an in-the-round stadium show like the 2017 tour, we only needed ten MDG units: eight MDG theONE dual generators augmented by two ATMOSPHERE APS machines.”

MDG’s Atmosphere APS has long been recognised as producing the finest haze combined with the longest hanging time and, of course, being virtually silent it was clearly exactly what Woodroffe and Greil were looking for to produce a steady source of near-imperceptible haze. His only bête noir was the challenge presented by the wind, as he explains: “If you are doing an in-the-round stadium show, you are literally open to wind from every side with no protection at all, so it can be a little difficult to maintain a look. For the stadium tour therefore, we hung the ATMOSPHEREs in the mother grid, so we had fog or hazers in every possible position to enable us to react to the wind conditions. The output control of theONE proved very helpful when the elements were against us.

“The combination of the two machines has proved a wise choice,” confirms Greil, “especially with the option of using theONE as a hazer as well as a fog machine. Even in the biggest venues, the MDG machines have been more than up to the job. Add to that the knowledge that the vocal artists are comfortable with the output and you have a really good combination.”

For Phil Collins’ Not Dead Yet tour, Greil once again specified MDG’s theONE. “This atmospheric generator really does it all, creating fog and haze from a single machine and its variable output is a great asset when you are dealing with the vagaries of an outdoor show.”

The Not Dead Yet tour has visited venues of all shapes and sizes, from indoor arenas and the Royal Albert Hall, the Aviva stadium in Dublin and British Summer Time at Hyde Park. “MDG’s theONE has proved versatile enough to cope with all of this, providing good haze to accentuate the beams of light to best advantage and highlight the variety of looks on this design – some of which hark back to Collins’ earlier songbook while others have a far more contemporary feel,” concludes Greil. “This tour will continue as long as Collins wants keep going and I’m confident that, wherever we may be playing, theONE will do the job.”

All MDG theONE and ATMOSPHERE APS generators were supplied for each tour by UK-based Neg Earth Lights, which also supplied 4 MDG theONE for Robbie Williams’ The Heavy Entertainment Show tour at the specification of show and lighting designer, Mark Cunniffe.