Summer 2018 has seen multiple new Void installs and thriving outdoor events bringing amazing music from all genres to thousands of people worldwide. Here’s a round-up of some of the most recent highlights: 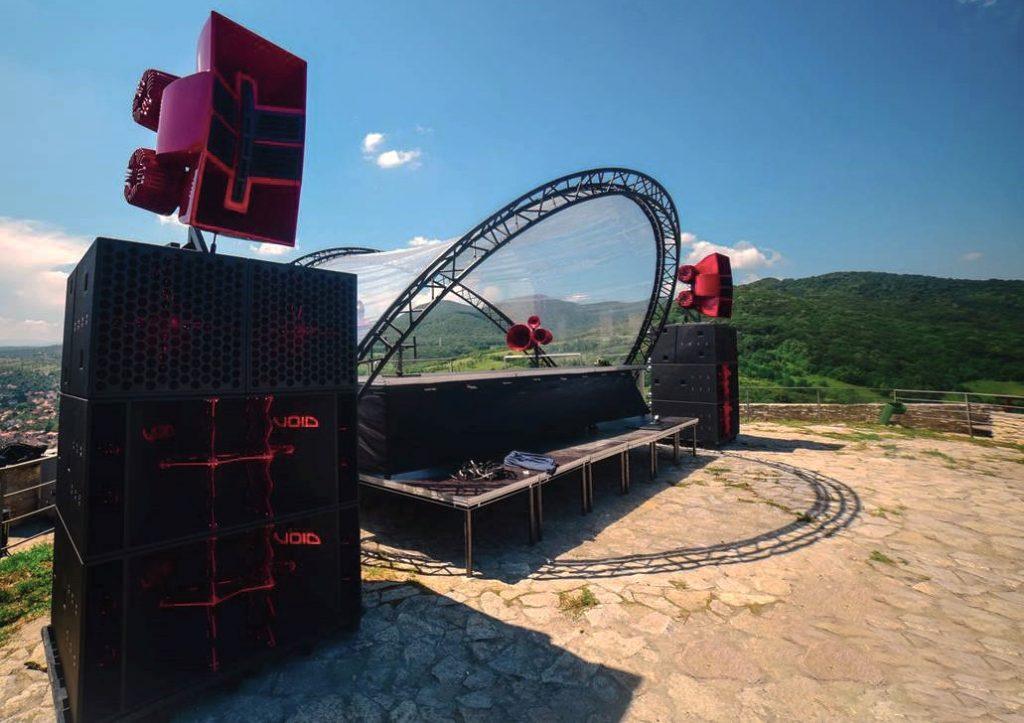 It always brings great excitement when an iconic Void Incubus is used at a music festival and for three glorious days in July, the Telekom Electronic Beats Stage graced the historic Fortress of Deva with an unforgettable show. Citadela festival-goers were spoilt with visual and audio delights from Amorf, Hector, Livio & Roby, Mi Pa, Priku, Sepp b2b Nu Zau, Suciu and Vincentiulian as just some of the notable acts in the mix.

For avid Void fans, it simply doesn’t get better than the Incubus, so when that sound system is making its debut appearance in Romania and is set to the backdrop of a red Blood Moon for the longest total lunar eclipse of the century, that’s a festival that will go down in history!

The Erlatech team, our official Void distributor for Hungary, were instrumental in ensuring that the Incubus sound system was delivering to its full potential. The whole experience was unforgettable, summed up perfectly by Attila Tompó, Erlatech’s owner and Managing Director, who described the sound system as “incredible how well it reacts. It needed it can be razor sharp, soft, light and heavy at the same time. The power of the Air Array could even take twice as many Incubus subs and Hyperfolds. A very impressive system!”

Bryan McClean, who heads up the Void Acoustics Research and Development team, commissioned the system and provided training prior to the event. For Bryan, “the team from Erlatech and ABC Sound Machine deployed the system impeccably. One track into testing and we all knew it was going to be a special show!”

Creating a buzz in Croatia 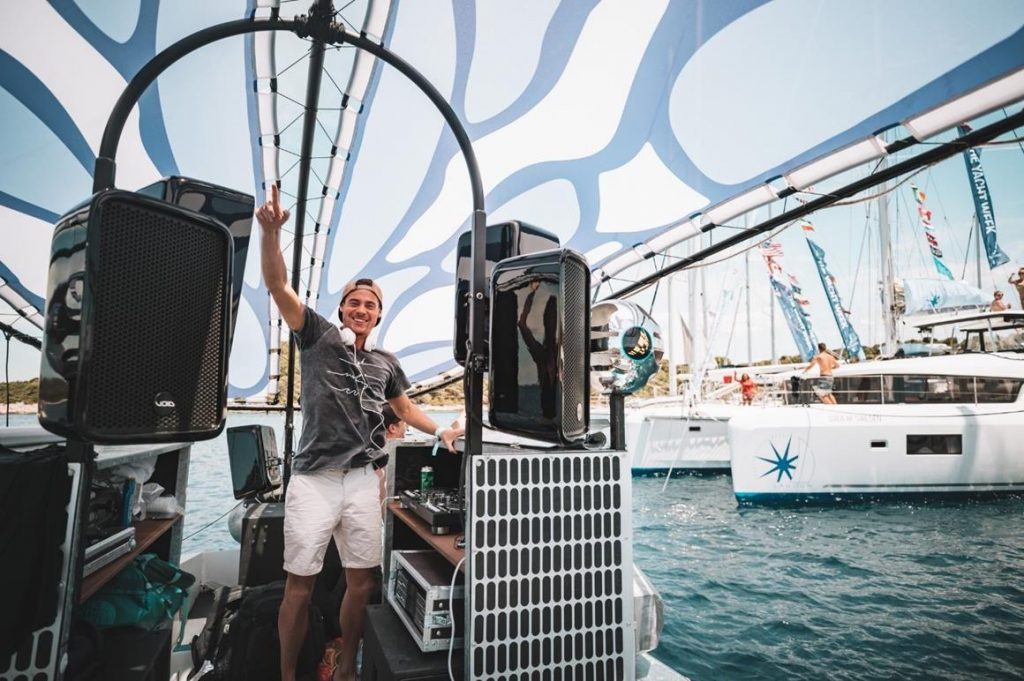 As the official sponsor of the Buzz Boat, throughout the summer, six Void Cyclone 10s and three Stasys 118s have been bringing feel good party vibes to thousands of visitors to Croatia. The Buzz Boat serves the entertainment to those cruising the Adriatic Sea and participating in The Yacht Week – “a series of boutique floating festivals, set in six destinations” in total, hosted by Day 8. Sun-lovers come from across the globe to hire yachts with their friends and soak up seven days of rays, music, relaxation and island-hopping exploration. Every week of the summer, new adventure-seekers join the ongoing ocean party.

This is a great example of how our range of weather-protected fibreglass products are ideally suited for installations in challenging outdoor, beach and ocean environments, especially for use on yachts and boats. Mixmag noted that “previously the boat parties during the festival were decidedly more low-key. However, with the Buzz Boat’s killer soundsystem and a secret line-up of high calibre DJs, Croatia Yacht Week promises a maritime music extravaganza.”

For more insight into what Yacht Week Croatia is all about, this short video gives a flavour of the happiness being created by the Void Buzz Boat. 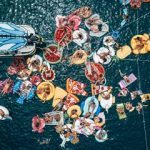 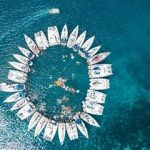 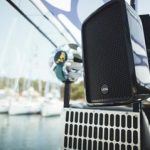 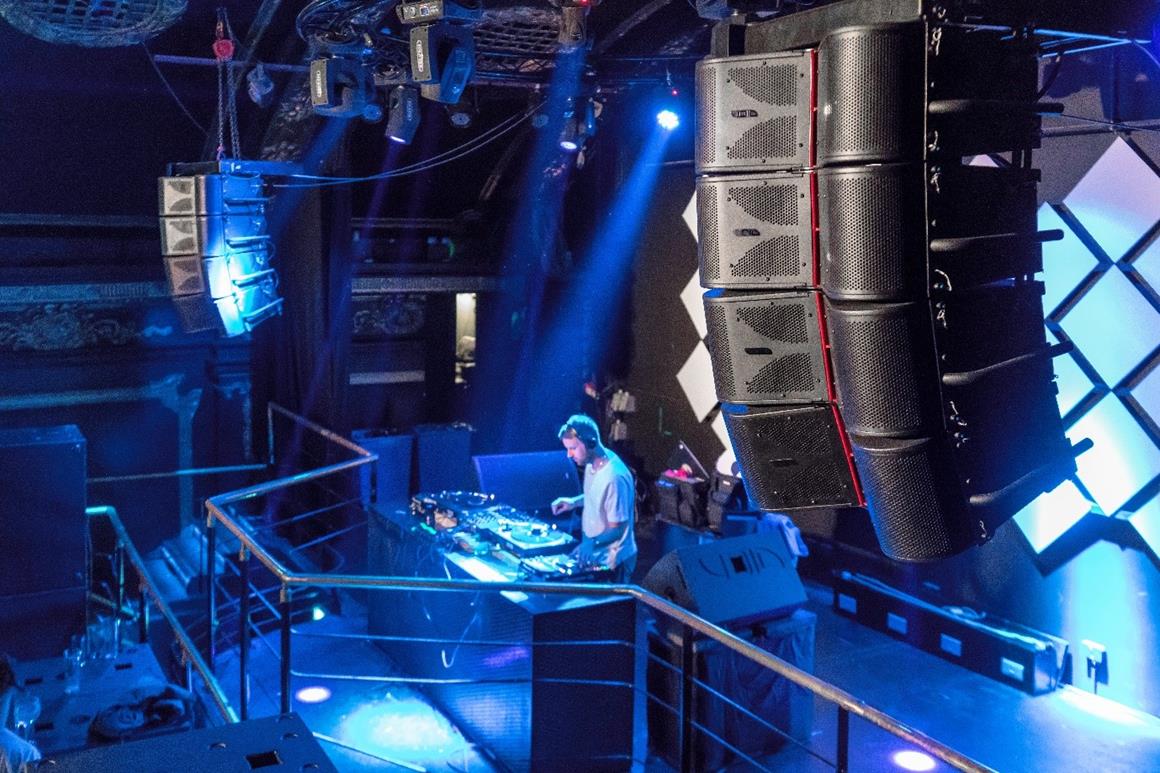 A new venue has enhanced Cork’s nightlife scene in the form of Dali – an attractive club located in what was previously the Pavilion building on Carey’s Lane. Boasting Ireland’s largest Void sound system to date, together with the country’s first ever Arcline 8 installation, the opening weekend set the tone for things to come in this space. Acts included a wide range of sets from DJs Cleric, TR_one, Jamie Behan, Fish Go Deep, Colm K and Dim the Lights, and Sunday chilled vibes from singer-songwriter Elaine Malone and Saint Caoilian. Everything from techno to disco and house was represented.

The building itself is steeped in history; dating back to 1921, some of its century-old architectural features still remain today and in recent years, even Kayne West and Franz Ferdinand have made an appearance here. As far as Ed Rice, of Sounds Good Systems, is concerned, he “couldn’t have picked a better venue to house Ireland’s first Arcline 8 install!”

In terms of the Void kit installed, Dali is equipped with eight Arcline 8s and four Stasys 218s, which are ideal for both live music and DJ sets. Stephen O’Byrne and Hope Alo, the promoters and managers of Dali, had been familiar with Void Acoustics systems for a number of years, enjoying their sound quality at festivals. A Tri Motion system demo at Dublin’s Hangar nightclub confirmed their decision to invest in Void products. “Sounds Good Systems’ electrician, Romano Caira, and his team did the initial work for the install, completed by Mike Van Deventer and Ed Rice, “before being tuned to perfection by Bryan Mclean”, Ed explained. “It’s an amazing historic venue that now has the sound system it deserves. Stephen, Hope, Dave and Caroline are such a great team to work with. Likewise, their house engineer Chis, together with the lighting and visual lads keep everything sounding and looking its best.” 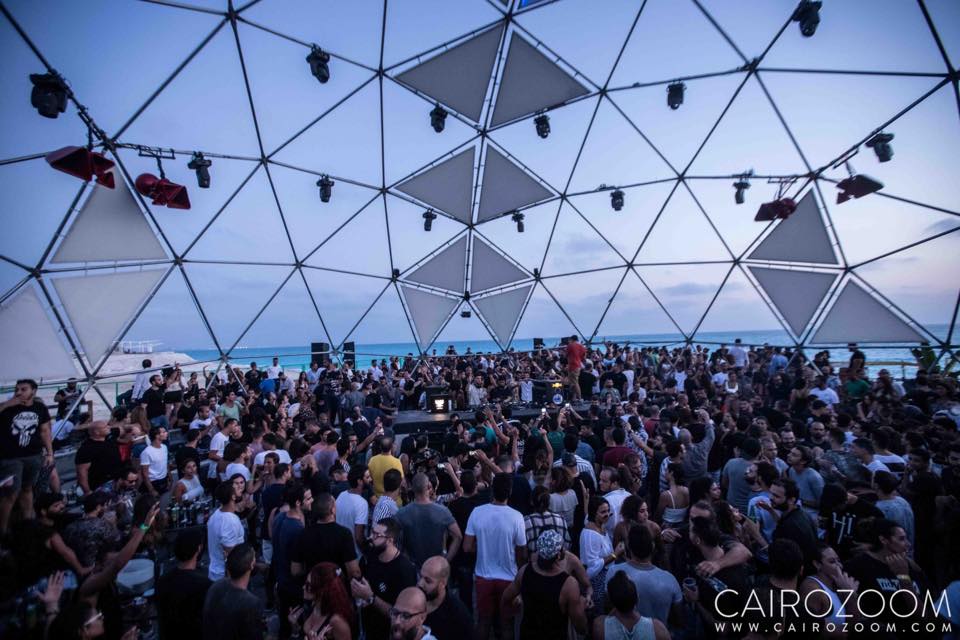 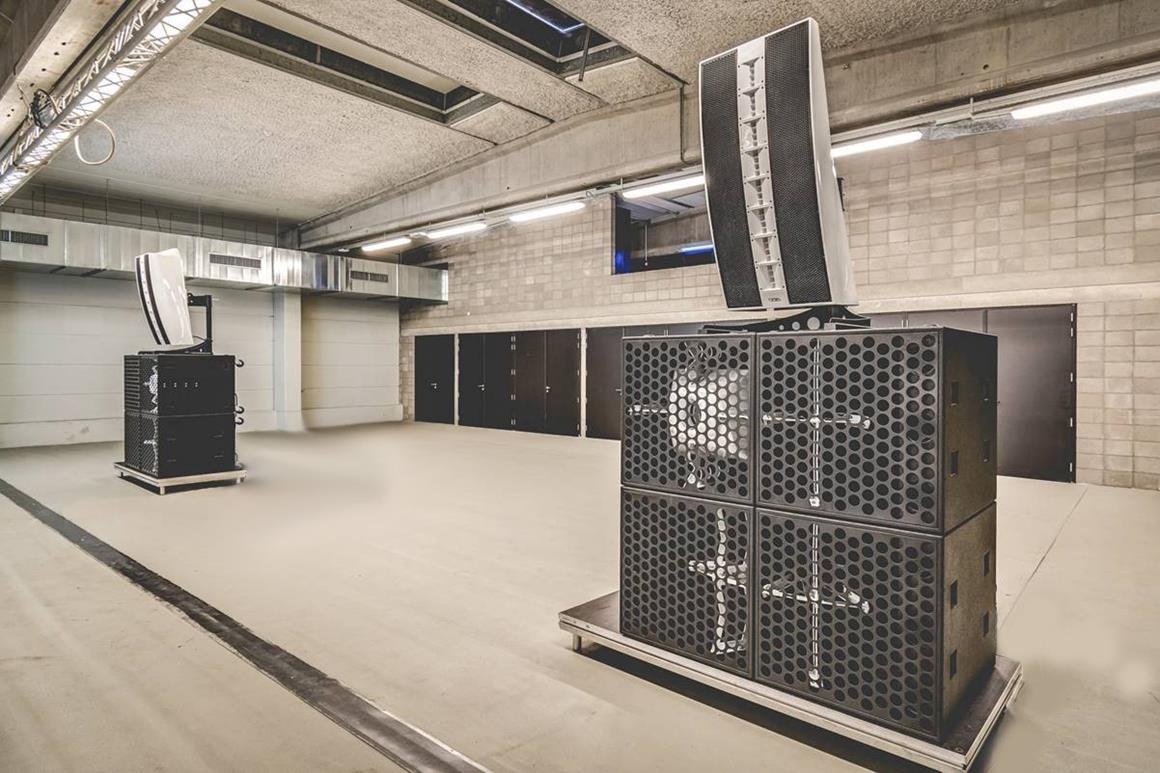 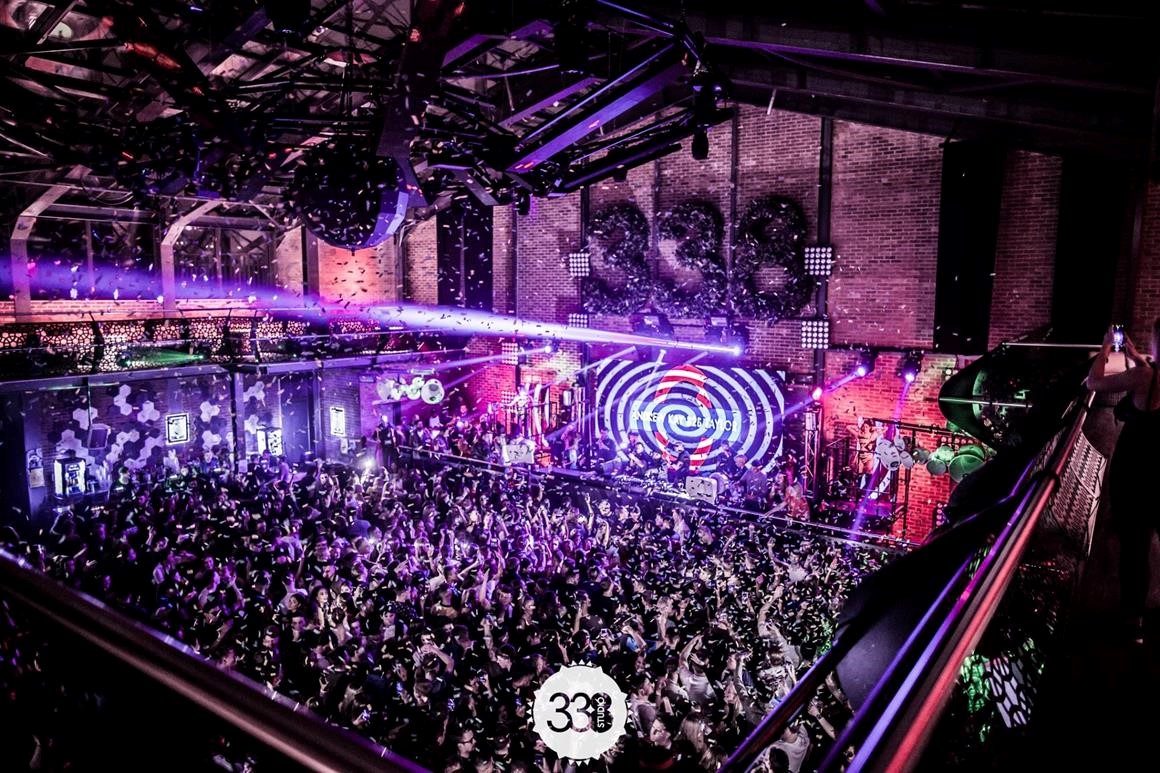 Studio 338 continues to go from strength to strength since reopening its doors last year, following extensive fire damage refurbishment. This venue is regarded by Visit London and Red Bull, among many, as one of London’s top 10 superclubs, the existing Void loud speakers already installed are serving clubbers well. So well in fact that Studio 338’s owner, Dan Perrin, has decided to further invest in Void to extend his existing installation and take it to the next level.
With an aesthetically pleasing all-white fibreglass setup, the Main Room’s Air Motions, together with the white Air Vantages in the Studio Room, and Tri Motions in The Loft make for a truly powerful audio experience in every section of the club.
To find out more about Studio 338’s rebuild and how it has evolved over the last two years, this Resident Advisor video gives a summary of the phenomenal work that’s been done. 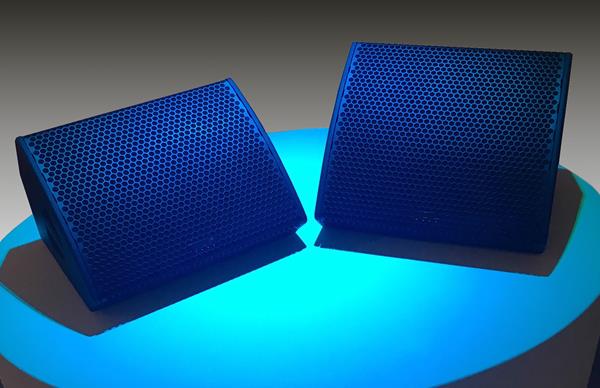 For another year running, our stand at InfoComm attracted great attention from trade show attendees who were keen to learn more about the Void brand and hear our products first hand. The new ARC-M12 and ARC-M15, together with our three new Bias amplifier models were a hit and a real buzz of excitement for their official release was evident.

Rob Hofkamp, our Director of US Operations, together with APAC Sales Manager, Callum Bowran, attended the show. For Rob, this was “another successful InfoComm for Void and I am extremely happy with the many positive responses received from visitors regarding our products, both from an acoustic listening perspective and the striking visual perspective of our Air Series range.”

We look forward to attending the show again next year but first we’ll be back in the USA for the Live Design International Show (LDI) held in Vegas, where we will be exhibiting from 19-21 October.